England start their 2022/23 UEFA Nations League campaign against Hungary this weekend and the 1966 World Cup winners are favourites according to soccer betting odds from various soccer betting sites. The Euro 2020 finalists are seen as favourites ahead of the game billed to take place at the Puskas Arena in Budapest on Saturday. 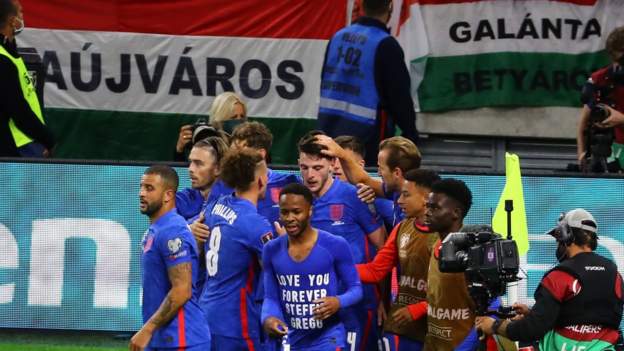 Manager Gareth Southgate has named a 27-man squad ahead of the Hungary game in Group A3. However, one of his players has pulled out of the squad as a result of injury. Arsenal defender Ben White won’t be available for the game as he has been released to continue his rehabilitation from the hamstring injury that plagued him for the final weeks of the Premier League season.

England are also in Group A3 with arch rivals Germany and Italy. They faced the two teams last at the Euro 2020 tournament. The Three Lions will take on the two teams later this month.

Hosts Germany will face England in Munich next week Tuesday in the second group game for the two countries as far as Group A3 is concerned. The game would take place three games after the Germans have faced Italy and England have faced the Hungarians.

England saw off Germany 2-0 in their last encounter which was in the round of 16 Euro 2020 clash played at the Wembley Stadium. The Germans were one of the casualties on the way to the Euro 2020 final clash with Italy which ended in a penalty shootout defeat after the two teams could only score a goal each in regulation time and extra time.