Germany have the opportunity to secure a second-straight win in the Euro 2020 qualifiers when they face Belarus on the road. Joachim Loew’s side had a forgettable experience at the 2018 World Cup where they failed to qualify beyond the group stage and that caused plenty of embarrassment for a team, who are used to competing on the busy end of major tournaments. 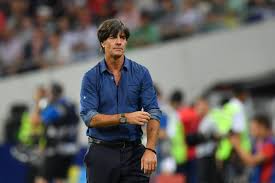 The misery was further extended at the Nations League where they failed to win a single game against France and Netherlands and this meant that they were confined to relegation to League B. Despite this, they have found a renewed sense of energy for the European qualifiers and that was visible in their opening game where they avenged their defeat to the Netherlands with a 3-2 scoreline on the road.

As such, the former World Cup champions appeared to be headed in the positive direction with a younger crop of players and they have a good chance to enhance their Euro 2020 qualification prospects by getting the better of Belarus on the road. The Germans had a testing challenge in Holland where they conceded twice during the opener but we are fancying them to keep a clean sheet against Belarus, considering the Dutch themselves managed to secure a comfortable 4-0 triumph against them in Rotherham.

The loss to the Dutch was followed by another defeat to Northern Ireland and Belarus’ prospects of making Euro 2020 appear a distant dream at the moment, unless they can make a stunning turnaround. We are anticipating Germany to make a statement with another away triumph and that should put them in control of their qualifying section ahead of their next encounter against Estonia at home.