Arsenal entertain Swansea City in this weekend’s Premier League outing from the Emirates Stadium. The Gunners have made a good start to their league campaign, and they are presently just below the Champions League qualification spots in fifth with 16 points. However, the same cannot be said about Swansea City, who have accumulated just eight points after nine games into the campaign. The Welsh outfit are presently positioned 15th on the table and are separated from 18th-placed Swansea City on only goal difference. 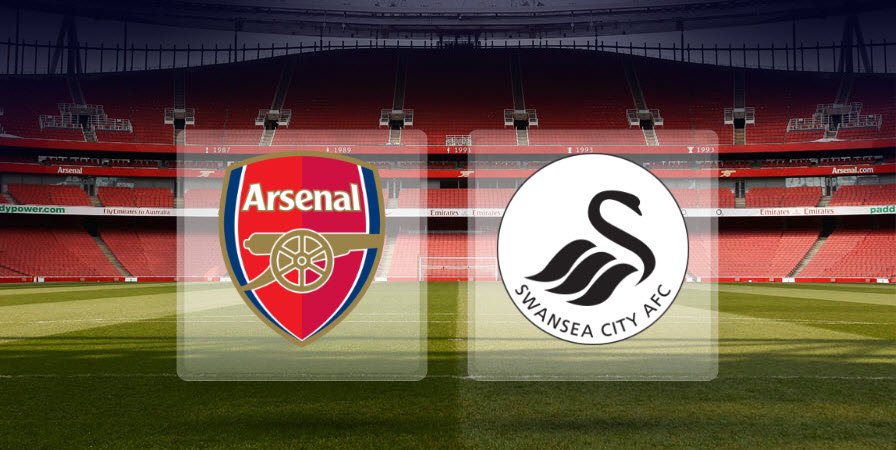 The Swans are priced at 14/1 for a win with Ladbrokes, but they are unlikely to pose a threat to Arsene Wenger’s side, who have won all their games on their home turf. The FA Cup holders have secured six victories out of six at the Emirates Stadium – four of which have come in their Premier League campaign. The north London giants are favourites going into the Saturday clash, and they can be backed to win at 2/9 with William Hill.

Meanwhile, Arsenal have kept three clean sheets in successive home games, and they will fancy their chances of extending this streak versus the Swans, who have netted just six goals since the start of the season. The Gunners have conceded just three goals in front of their home fans, and they can be backed to keep a fourth clean sheet on the trot at 17/20 with William Hill.

Arsenal’s summer signing Alexandre Lacazette has made a fine start to his maiden English campaign with five goals in the top-flight. The France international netted in the 5-2 thumping of Everton last weekend, but he has been more menacing at home, where he has found the net four times in as many outings. The likes of Alexis Sanchez and Mesut Ozil are also capable of finding the scoresheet on their day, but we fancy Lacazette to score first at 11/4 with Paddy Power.