The Grand National is one of the greatest races on the planet and every year, the world’s top rated jumpers compete against one another around the 30-fence, four-mile track at Aintree. In 2015, Leighton Aspell rode Many Clouds to victory to claim his second Grand National win in as many years.

Next year, many will be looking to back Aspell’s mount, however there are plenty of suitable candidates for success. We take an early look at the big race and give a few tips on which horses, jockeys and trainers you should keep an eye on. As the race approaches, Betway can keep you up to date on all of the runners and riders in the build-up to the meeting.

Last weekend, a horse by the name of Highland Lodge stormed to victory over the National fences at Aintree in the Becher Chase. A relatively unknown nine-year-old, Highland Lodge beat seasoned campaigner Soll in the race – an outcome that may have tempted the trainers and owners to consider him for the Grand National in April. At the time of writing, Highland Lodge is priced at 40/1 with Betway and might be worth an outside punt sooner rather than later before his odds come shooting in.

After his success in 2015, Many Clouds is rightfully priced as the bookmakers favourite right now and is valued at 14/1 to claim his second Grand National victory – which is great value for those that bet only on the winning horse. It’s incredibly difficult to win the National on multiple occasions, in fact only a handful of horses have won this prestigious race more than once. It would take a brave man to back against a proven winner but it may be wise to look elsewhere as the chances of a double success are extremely rare.

The Druids Nephew may be the best prospect as of December 9th and jockey Barry Geraghty will be looking forward to giving it another shot after falling when well placed last year. He is currently valued at 22/1 with Betway and looks set to go off as one of the starting favourites. Many will remember his excellent performance in 2015 and will be keen to back The Druids Nephew before his odds tumble.

These three horses all stand a decent chance of success but the National is a lottery at the best of times. With 40 entrants and 30 fences, there are plenty of opportunities to play yourself out of contention and traditionally, those who have kept themselves safe towards the middle of the pack have enjoyed success. We will be hoping that these three horses enjoy a good, safe run and, with a bit of luck, they could earn you plenty of profit! 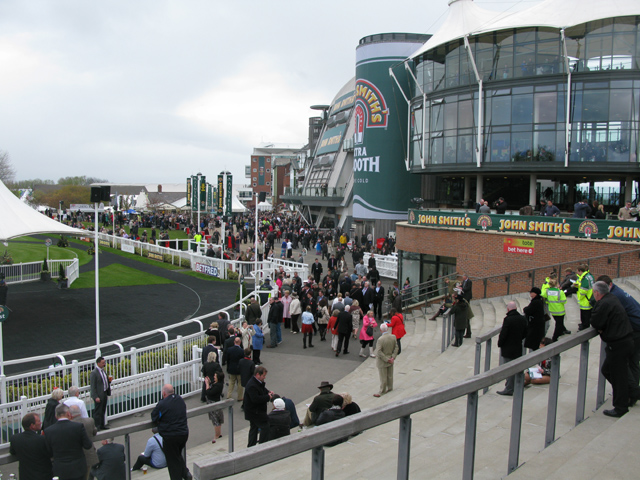